* In case of any delay in receiving the OTP, you may verify it later. Please proceed without verification.

Enter your City name or Pincode

Jafrabad is a well known destination of Gujarat located in its coastal region. It comes under the district headquarters of Amreli which is located 98 km from here. It is a taluka in this district comprised with 39 panchayats along with 42 villages. The state capital of Gujarat, Gandhinagar is situated at a distance of 343 kilometer from Jafrabad. 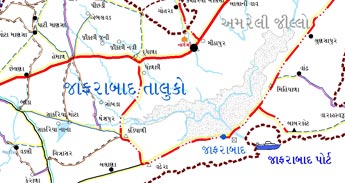 Jafrabad taluka is fringed within the taluka of Khambha, Una, Diu, and Rajula. The town of Jafrabad is located at the altitude of 66 meters from sea level. Jafrabad is among developing towns of Gujarat that have huge potential to grow on national level. Having good access through Arabian Sea makes this place favorable for all round progress.

Geography and Climate of Jafrabad

Jafrabad is situated on the shore of Arabian Sea. Hence, chances of high humidity are quite regular in this area. In summer, its temperature ranges between 30 and 36 degrees but humidity level remains high. During winter, temperature remains around 20 degrees which is quite comfortable for people visiting Jafrabad. Rainy season is quite prolonged and showers can come any time in this part. Rainy season is quite enjoyable by people living in town.

Jafrabad is placed near Arabian Sea in western side of Gujarat. Therefore, large amount of population is engaged in fishing and aligned occupations. Industries are also setup in and around Jafrabad to boost up the economy of town. A subsidiary company of Ultratech is among the pioneer names of industries that are providing industrial infrastructure to Jafrabad. Its proximity to Pipavav Port, located towards its east, also enhances its growth prospects. Alongside, it is also known for agricultural cultivation. 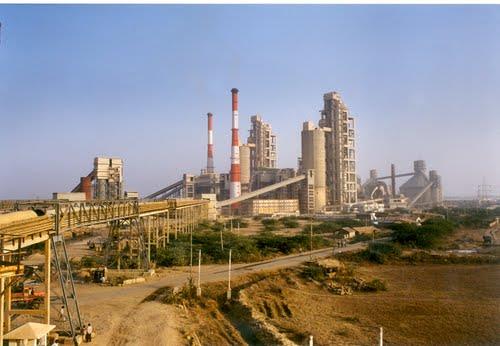 Jafrabad is surprisingly famous for tourism, especially due to creek of Arabian Sea. People having desire to see landscaped water body and natural places frequently visit Jafrabad for its excursions. This place has lot to display for history enthusiasts and anxious people. Sukhnath temple, 1100 year old shrine, located in Bawaseri is the prime attraction around Jafrabad. Varahavarupa Temple at Vrahsvarup is even more ancient temple, worth to visit while coming to this part of Gujarat. 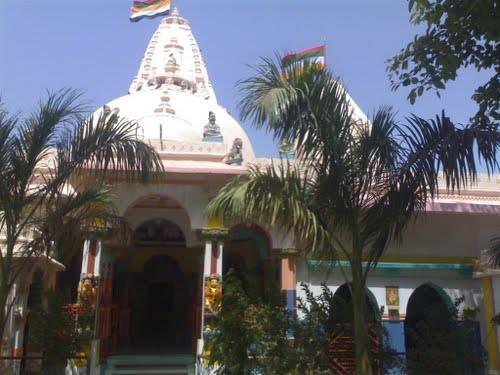 The erstwhile Jafrabad state was located in Kathiawar Peninsula of Gujarat. It was named after Sultan Muzaffar Jafar of Gujarat. Earlier, it was a part of Baroda Agency and later on, it shifted to Kathiawar Agency under Bombay Presidency. Nawab of Janjira state ruled over Jafrabad along with Janjira. The state was established in 1650. Another major historical event took place in December 1733 when ruler of this state signed a treaty with East India Company. Later, Jafrabad and Janjira states entered into personal alliance till Jafrabad became British Protectorate in the year 1834. 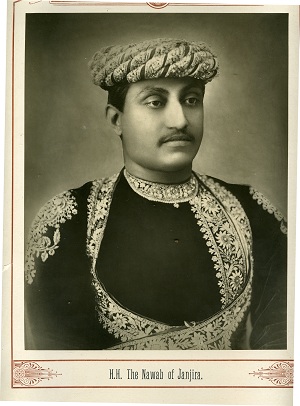 During 1731, the local ruler of Jafrabad called as Thanedar, became independent after relaxation of Mughal rule here. As a consequence, he joined local kolis and began piracy of ships coming from port of Surat. They repeatedly attacked the ship to disrupt smooth flow of commercial traffic. Prince of Janjira state, Sidi Hilal, attacked and arrested them. He demanded hefty compensation from Thanedar of Jafrabad. Being unable to pay such high amount, Thanedar sold Jafrabad to Sidi Hilal in the year 1759. In 1762, Sidi transferred the state to Nawab of Janjira and was appointed as its governor.

When it came under British Protectorate, Nawabs of Jafrabad were promoted to first class of rulers. However, after independence, Jafrabad acceded to Republic of India in 1948.

Comments / Discussion Board - About Jafrabad